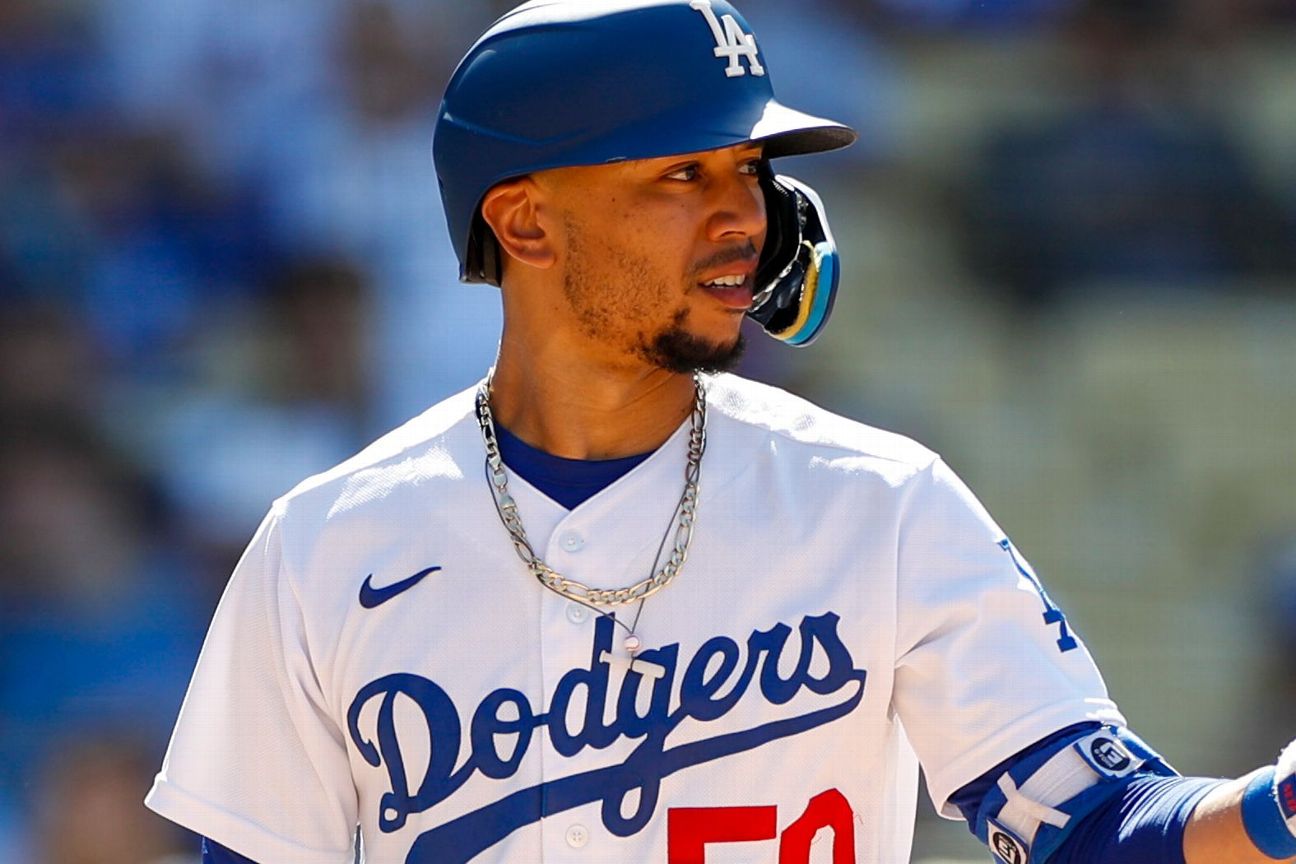 The Los Angeles Dodgers reinstated Mookie Betts from the injured list ahead of their 4-2 loss to the San Diego Padres in Sunday’s series finale.

Betts was back in his familiar leadoff spot and playing right field. He went 2-for-3 with two doubles and two walks and scored both Dodgers runs.

Betts led off the Dodgers first with a double into the left-field corner and scored when Trea Turner lined a fastball from MacKenzie Gore down the left-field line for a double.

In the fourth, Betts tried to score from second on a base hit to left by Freddie Freeman, but Jurickson Profar quickly made a play on the ball and threw home, where catcher Jorge Alfaro applied the tag. Betts, who is still feeling some effects from the injuries, did not try to slide.

Betts, 29, missed the Dodgers’ past 15 games with a cracked right rib, suffered when he collided with center fielder Cody Bellinger during a game against the Los Angeles Angels.

The 36-year-old Price, the 2012 AL Cy Young Award winner when he was with the Tampa Bay Rays, has pitched out of the bullpen this season and has a 3.20 ERA in 19⅔ innings pitched.

The Associated Press contributed to this report.

LeMahieu dealing with toe issue, to have MRI

Everything you need to know about Tatis' 80-game suspension

Liverpool have gone from 'mentality monsters' to tortured souls

If the scoring title was calculated with total points instead of PPG the current...

While one player faces felony charges for marijuana (Montrezl Harrell), another...