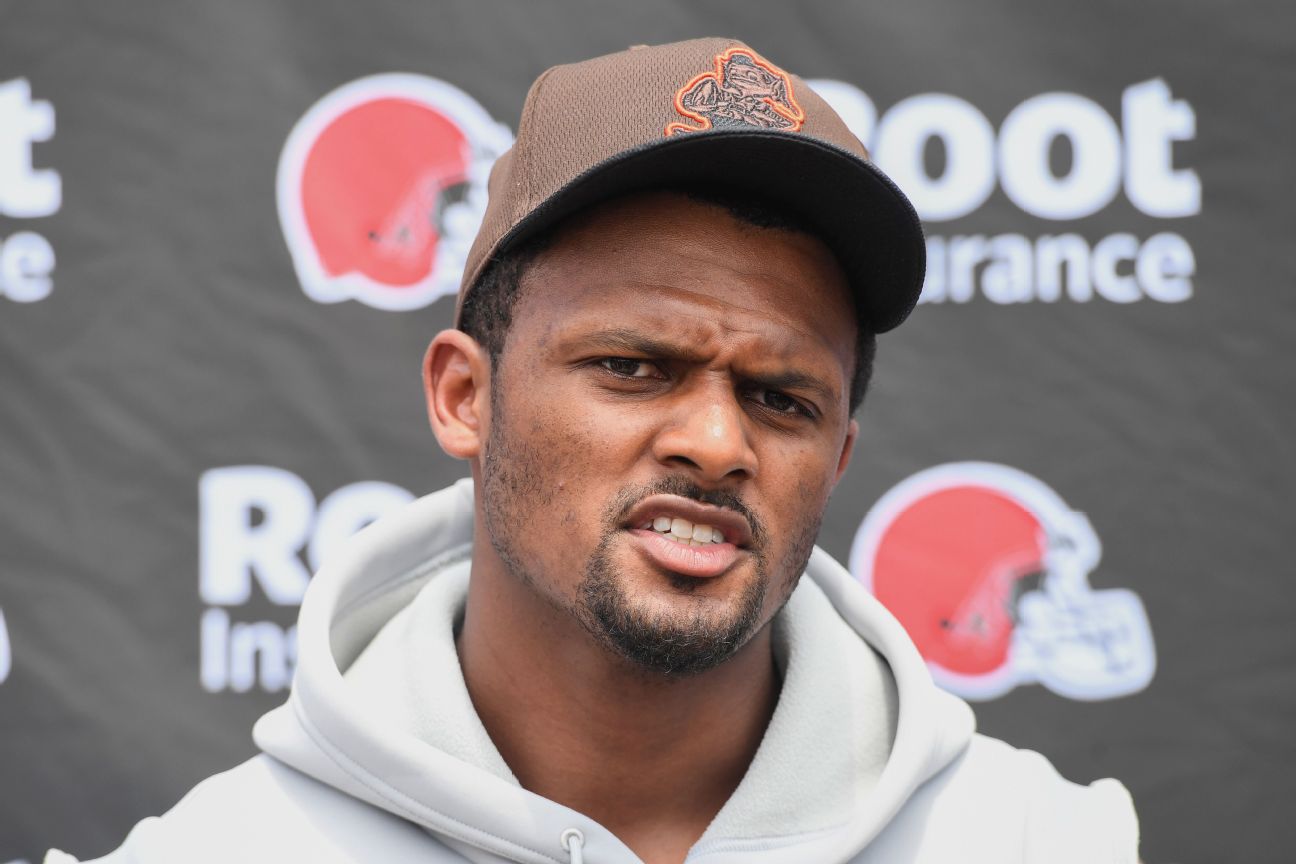 Cleveland Browns quarterback Deshaun Watson has settled all but four of the lawsuits filed against him, attorney Tony Buzbee said in a statement Tuesday.

Since March 16, 2021, 25 lawsuits have been filed against Watson, alleging sexual assault and other inappropriate behavior during massage sessions. Of those 25, one was dropped by the plaintiff when the judge ruled her petition had to be amended with her name. The other 20, Buzbee said, have been settled.

“We are working through the paperwork related to those settlements,” Buzbee said in a statement. “Once we have done so, those particular cases will be dismissed. The terms and amounts of the settlements are confidential. We won’t comment further on the settlements or those cases.”

Buzbee noted that Ashley Solis, the first woman to file a lawsuit against Watson and the first to speak publicly and identify herself as a plaintiff, is not one of the 20 women to settle.

“… Ashley Solis is one of the heroes of this story. Her case has not settled and thus her story and that of the other three brave women will continue. I look forward to trying these cases in due course, consistent with other docket obligations and the court’s schedule,” he said.

Although two grand juries in Texas declined to pursue criminal charges against Watson earlier this year, the NFL is investigating whether he violated its code of conduct, and the league interviewed the quarterback in person last month as part of its investigation. At the league’s spring meeting, commissioner Roger Goodell said that he thought the NFL was nearing the end of its investigation but that he couldn’t give a timeline for when a ruling might be made.

Buzbee said in his statement that without Solis’ “courage and willingness to come forward, the NFL wouldn’t currently be contemplating discipline; there would be no examination of how teams might knowingly or unknowingly enable certain behavior; sports teams wouldn’t be reviewing their personnel screening processes; and this important story wouldn’t have dominated the sports headlines for more than a year.”

The Houston Texans traded Watson to the Browns in March in exchange for a package that included three first-round draft picks after the first grand jury announced it would not indict Watson on criminal charges.

Last week, Watson said in a news conference that he has no regrets about any of his actions but admitted that he does regret the impact the allegations have had on the people around him.