On Wednesday, Demetrious
Johnson will attempt to crash the three-horse race that has
been the One Championship flyweight division for the
last six years.

“Mighty Mouse,” the longtime Ultimate Fighting Championship 125-pound
titleholder, won his new promotion’s flyweight Grand Prix just over
a year ago, and with it, the right to challenge divisional champ
Adriano
Moraes. Johnson professes to be very content with One’s
135-pound flyweight limit and hydration policy, and this week’s
title fight is the first step in what may be another long,
legacy-building run.

While Johnson is a healthy favorite to wrest the title from Moraes
at
One Championship on TNT 1, win or lose he is guaranteed to
disrupt the championship round robin in which Moraes, Kairat
Akhmetov and Geje
Eustaquio have passed the belt around like a hot potato since
the division’s inception. While the three men are all closely
matched — four of their five fights have gone to the judges,
including two split decisions — Moraes is clearly the first among
near-equals. It is fitting that he will be the man standing across
from Johnson, ready to show himself either a placeholder, or a
truly world-class fighter in his own right.

Here is the history of the One Championship flyweight title and the
times it was won, lost or defended. It tells the story of a
division that has enjoyed parity, and delivered a lot of fun
fights, but may be about to become One’s glamour division. 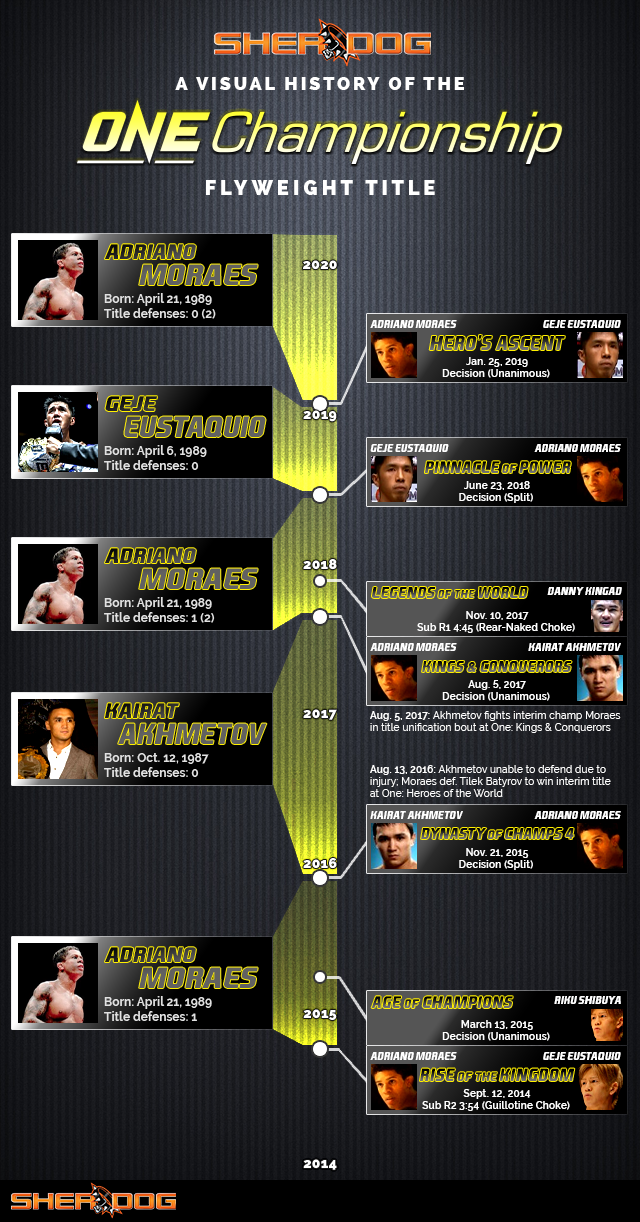 Injury-plagued Rendon eager to bounce back

Rune Rises To Third In Race To Milan, Draper & Musetti...

Tony Kelley Responds to Backlash Regarding Corner Remarks at UFC on...

By The Numbers: Charles Oliveira vs. Justin Gaethje