Oral Roberts pulled off yet another upset to become just the second No. 15 seed in NCAA Tournament history to advance to the round of 16 with an 81-78 victory over Florida on Sunday night.

Kevin Obanor and Max Abams carried the Golden Eagles out of an 11-point deficit to knock off the Gators. Oral Roberts, which opened the tournament with a stunning upset over No. 2 seed Ohio State, will next try to knock off No. 3 seed Arkansas next weekend.

Obanor scored 28 points and Abmas, the regular season national leading scorer, finished with 26 as the Golden Eagles (18-10) closed the game on a 25-11 run to overcome the 11-point lead Florida held with less than 10 minutes remaining.

Oral Roberts joins Florida Gulf Coast — those guys from Dunk City — as the only No. 15 seeds to reach the round of 16 in tournament history. 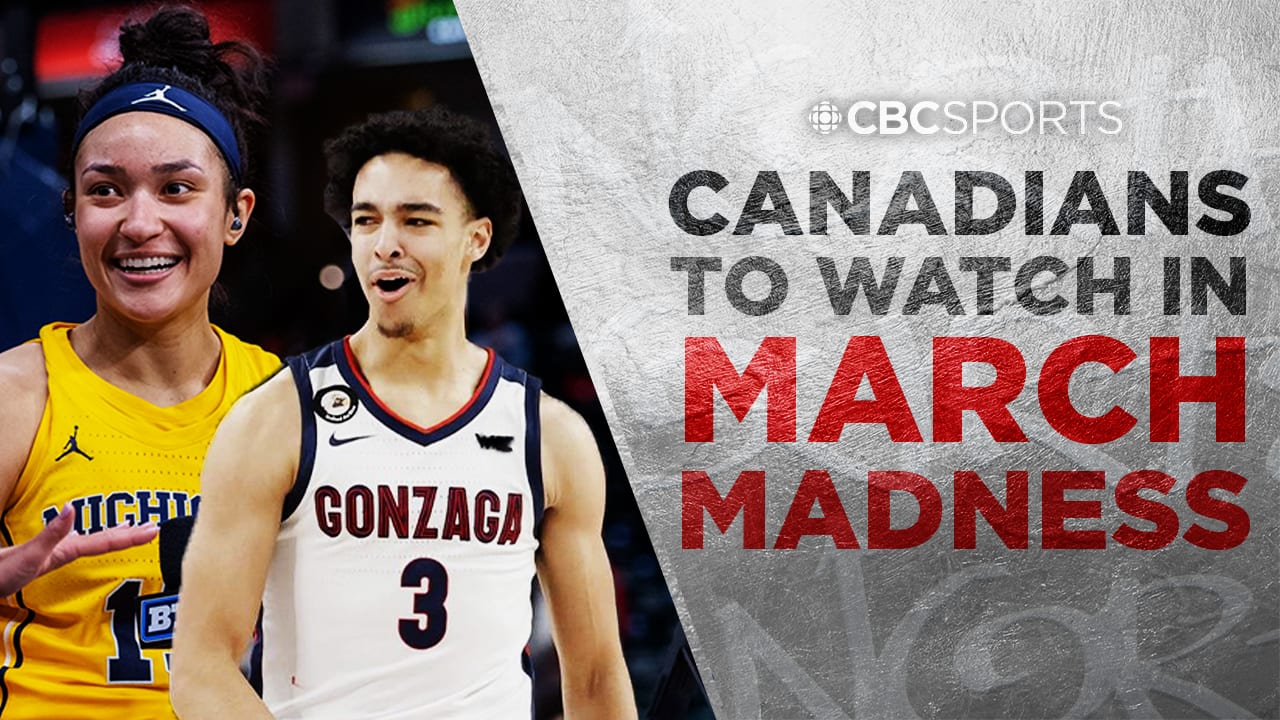 It’s March Madness time and with a record number of Canadians in the NCAA tournament, we’re dedicating this episode to the stars from north of the border, including Jevohn catching up with Gonzaga’s own sixth man of the year Andrew Nembhard. 17:17

The Oral Roberts fans inside Indiana Famers Coliseum chanted “Cinderella” during a wild celebration after the victory.

The chance to reach the Sweet 16 was a message hammered home by coach Paul Mills after the opening round victory over Ohio State. If they enjoyed beating the Buckeyes, Mills said, a week reveling in moving onto the next round would be even better.

They’ll get that chance.

Oral Roberts took a 77-76 lead — its first lead since late in the first half — on Obanor’s basket with less than 3 minutes remaining. Noah Locke answered for the Gators, but DeShang Weaver, who missed his first five shots, hit an open 3-pointer for an 80-78 lead with 2:08 remaining.

Florida had chance but failed to get good shots on its final few possessions. The Gators had a pair of turnovers, Locke missed a corner 3-pointer and after Obanor split free throws, difficult 3-point attempts by Tre Mann and Scottie Lewis were off line.

Mann led the Gators (15-10) with 19 points, but went quiet late in the second half, failing to score over the final 17 minutes.

Locke finished with 17 points and Colin Castleton and Tyree Appleby both added 14 for the Gators. But there will be plenty of anger and frustration after losing in the second round for the third straight NCAA appearance and a game Florida will felt it gave away.

The Gators shot 55 per cent. They outrebounded the smaller Golden Eagles 37-24 and had 42 points in the paint. But Florida committed 20 turnovers and had just three made baskets over the final 9 1/2 minutes.

In the eight previous instances of a No. 15 seed playing in the round of 32, only Florida Gulf Coast was able to keep its magical run going. “Dunk City” ousted San Diego State in the second round before losing to Florida in the Sweet 16.

Most times, the elation of pulling off the first-round upset led to a second-round rout. Only Coppin State in 1997 lost by less than 10 points, an 82-81 defeat to Texas.

Loyola Chicago carried out 101-year-old superfan Sister Jean’s plans to a T on Sunday, moving to the Sweet 16 with a 71-58 win over Illinois, the first No. 1 seed bounced from this year’s NCAA Tournament.

Cameron Krutwig delivered a 19-point, 12-rebound masterpiece and the quick-handed, eighth-seeded Ramblers (26-4) led wire to wire in Indianapolis. They befuddled a powerful Illinois offence to return to the second weekend three years after their last magical run to the Final Four.

The Ramblers will next play either Oklahoma State or Oregon State, who were set to meet later Sunday. Edmonton’s Aher Uguak played 21 minutes for Loyola Chicago but did not record a point.

Their 2018 trip to the Final Four was headlined by Sister Jean Dolores Schmidt, the venerable team chaplain, who received both COVID-19 vaccination shots and clearance to travel to Indianapolis to see what inspiration she could provide in 2021.

Before taking in most of this game from the luxury suite — sitting in her wheelchair and decked out in her trademark maroon and gold scarf — Jean delivered a pregame prayer that could’ve been stripped straight from a John Wooden handbook.

“As we play the Fighting Illini, we ask for special help to overcome this team and get a great win,” she said. “We hope to score early and make our opponents nervous. We have a great opportunity to convert rebounds as this team makes about 50 per cent of layups and 30 per cent of its 3 points. Our defence can take care of that.”

From her mouth to their ears.

Illinois (24-7) earned top seeding for the first time since its own Final Four run in 2005 but fell behind by double digits in the first half and never got within striking range. Illinois also committed 16 turnovers and scored 23 points fewer than their season average.

Buddy Boeheim carried his father, Jim, to the Hall of Fame coach’s 20th Sweet 16 appearance, scoring 22 of his 25 points after halftime to lead 11th-seeded Syracuse past third-seeded West Virginia 75-72 in the NCAA Tournament on Sunday.

Jim Boeheim’s Orange got the better of another legend, Bob Huggins, in the second March Madness meeting between coaches with at least 900 Division I victories. Huggins won No. 900 when West Virginia beat Morehead State in the first round on Friday. Boeheim got his 982nd at Huggins’ expense.

Buddy “Buckets” Boeheim erupted in the second half, when he made all but one of his six 3-pointers. He finished 6 of 13 from deep and 8 of 17 overall, and he helped put the game away with three late free throws.

While deep tournament runs are nothing new for his dad, it’s the first for Buddy, who was a freshman role player when the Orange lost in the opening round two years ago. Now he’s the Orange’s leading scorer and one of college basketball’s most dangerous shooters. He made two straight 3s just after the break, and his jumper and 3 on consecutive possessions put Syracuse ahead 63-59 with 4:55 left.

Sean McNeil scored 23 points to lead the Mountaineers (19-10), who last made the Sweet 16 in 2018. That was the fifth time West Virginia got that far under Huggins, who also made the regional semis four times with Cincinnati.

WVU trailed 74-72 with 4 seconds left before Boeheim was fouled at midcourt on an inbounds pass. He made one free throw and missed the second, but Miles McBride travelled after grabbing the rebound.

Joe Girard III scored all 12 of his points before halftime, steadying the Orange while Boeheim struggled. Quincy Guerrier and Marek Dolezaj also scored 12 each for Syracuse.

Top-seeded Baylor get past Wisconsin

Davion Mitchell scored 16 points and spearheaded a dominant defensive first half, helping top-seeded Baylor avoid another NCAA Tournament upset with a 76-63 win over Wisconsin on Sunday.

Not long after Illinois became the first No. 1 seed to bow out, the Bears (24-2) looked every bit a Final Four favourite in the first half, smothering Wisconsin with the type of defensive pressure they played before a late-season COVID-19 pause.

The Badgers (18-13) showed a bit of fight after being backed into an 18-point corner, rallying to within seven midway through the second half behind D’Mitrik Trice (12 points).

The Bears answered the run with a dash of more D to reach the Sweet 16 for the fifth time under coach Scott Drew.

Who is the worst player you have ever seen get minutes in the NBA?

Holmgren gets foot tested after injury at pro-am

After his 1978 MVP season, Bill Walton demanded a trade, then held out for his entire final season with the Blazers until his contract...

The Rip through move that CP3 and other players do should be outlawed.

Biggest takeaways from Episodes 7 and 8 of 'The Last Dance'