Canadian forward Natalie Achonwa recalls a conversation in 2019 with Cheryl Reeve, head coach and GM of the WNBA’s Minnesota Lynx, when Achonwa was a restricted free agent coming off a challenging fifth campaign with the Indiana Fever.

The Fever finished out of the playoffs that year, just as they had the two previous seasons. And though Achonwa opted to re-sign with Indiana at the time, the conversation with Reeve came to mind when she entered free agency again this winter.

“Something, when we re-circled back this time, that we really connected on, was: timing matters,” said Achonwa, a two-time Olympian and Team Canada mainstay from Guelph, Ont. “I’m at a point in my career where I really want to win, and the Lynx have a history, a legacy, of success.”

Achonwa left Indiana to sign with the Lynx this past February, hinting she feels valued and understood by Reeve, a four-time WNBA champion and three-time Coach of the Year who is retooling the team as it tries to reach the WNBA Finals for the first time since 2017.

“Under coach Reeve — who is somebody that believes in me, somebody that truly knows what I can bring to a team and an organization, both on and off the court — I felt like I’m a great fit, in terms of coach Reeve’s style of play,” said Achonwa.

“I love to be a part of an offence without having to score, without having to make the highlight reel plays. I love to share the ball. I’m a great high post passer, and that fits perfectly in coach Reeve’s philosophy and style of play.” 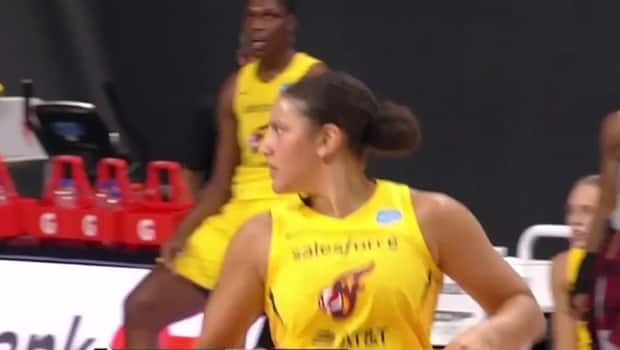 Natalie Achonwa dropped a season-high 14 points for the Indiana Fever in a 90-84 win over the Seattle Storm. 0:49

At age 28, Achonwa is likely in her prime as a player, and the chance to contribute meaningfully to a championship contender was too good to pass up.

That isn’t to say leaving Indy after living and playing there for a decade, was easy.

The Fever drafted Achonwa ninth overall in 2014 out of Notre Dame, the private research university near South Bend, Ind., where she was one of the best players in school history.

“Indy has been, and it will always be, home for me,” she said. “But you can’t grow in your comfort zone, and I think that is why I felt like it was time to take this challenge, to go and move on to the Lynx and to really test myself.”

“Bridget is actually someone that reached out to me specifically and was like, ‘What do you have? What questions do you need to answer? How can I help? How can I help get you in a Lynx jersey?’ ” said Achonwa. 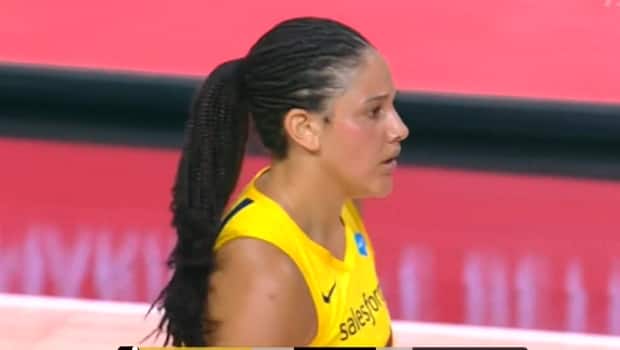 “She answered a lot of my questions. And also, it’s great when you’re jumping into something new, to have familiar faces and to have people that you know. It provides a little sense of comfort or security.”

It’s unclear when the 2021 WNBA season will happen, or in what form. The pandemic forced a three-month bubble format last summer in Bradenton, Fla., nicknamed the “Wubble.”

The league has not released a confirmed schedule or start date for the upcoming campaign, and it’s unclear if teams will be able to play in front of fans in their home arenas.

Looking ahead for what’s to come

In the meantime, Achonwa is gearing up for a run at an Olympic medal with Team Canada in Tokyo, and looking ahead to future Lynx home games at the Target Center in Minneapolis.

“I’ve played there — I would say, unfortunately — multiple times in big games, and the atmosphere and the fans and the support that they have for their Lynx team is tremendous,” she said.

“I felt like this time around, this free agency, I just wanted to go somewhere that I felt like I fit — that made sense, that I would be utilized and that I could continue to grow.

“I’m only seven years in [to my WNBA career], so I’ve got a couple of years to continue to grow, to be a better leader and to be a better basketball player.”

Which MLB teams will have fans in the stands? A ballpark-by-ballpark guide to Opening...

Marvin Vettori: No One Can Stop Me

‘I take full responsibility for my actions’ – Tottenham and France captain Hugo Lloris...