Norm Powell had 28 points, Pascal Siakam scored 26, and the Raptors connected on 19 three-pointers to cruise past the Washington Wizards 137-115 on Wednesday.

“I think we’re putting the ball in the hole,” said Lowry, who had 21 points on the night. “We’re shooting the three a lot better, I think Pascal getting back into a groove helps, I think Norm has played unbelievably great every game that he’s been starting, I think that helps.

“I think we’re in such a good groove.”

“We talked about it early in the season when our record wasn’t what we wanted it to be, but we knew we weren’t that bad of a team,” Lowry said. “We were just taking it one game at a time and . . . getting a feel for each other.”

They’ve been firing on all cylinders lately, putting up 120 or more points in their last five games.

“I think that . . . the offence is growing,” said coach Nick Nurse. “Everyone can see that. We are not going through too many lulls or too many poor possessions.”

The Raptors shot a sizzling 59 per cent from behind the arc, with seven players connecting from long distance, Lowry leading the way with five three-pointers.

“We obviously have our main three — Kyle, Fred and Pascal — but obviously Norm stepping into the starting role, he’s putting up numbers as well,” Bembry said on Toronto’s offence. “We’ve just got a lot of options. Even coming off the bench, a few options there and everyone’s confident. It just keeps the defence on their toes, I think it’s pretty tough to guard all of us when we’re confident on every shot we’re taking.”

Bradley Beal topped the Wizards (6-16) with 24 points, while Russell Westbrook had 23.

Coming off an entertaining 128-113 win two nights earlier in Memphis, the Raptors maintained their momentum on Wednesday. They took the lead for good before the game was three minutes old, and had put a 16-point gap on the Wizards by late in the first half.

The Raptors led 103-93 to start the fourth quarter and, while Beal’s jumper sliced the difference to eight points midway through the frame, the Wizards never really threatened. The Raptors seemingly scored at will during an 11-0 run that had Toronto up by 19 with 2:27 to play. The Raptors’ bench then closed out the team’s eighth consecutive victory over Washington.

The Raptors got off to a hot start, shooting 65.2 per cent from the field in the first quarter. At the other end, they held the Wizards to 1-for-9 shooting from behind the arc, and headed into the second quarter up 40-28.

The Wizards pulled to within four points midway through the second, but a Siakam three-pointer capped a 24-12 Raptors run that had them up by 16. Toronto went into halftime with a 74-61 lead.

Westbrook had 11 points in the third and the Wizards pulled to within 10 with one quarter left.

The Raptors don’t have a lot of down time before playing again. They wrap up their six-game road trip on Thursday in Boston.

“I think there’s been a couple really late nights,” Nurse said of Toronto’s longest road trip in the season’s first half. “We haven’t been able to do much because of those and with the no shootarounds as well, it’s been maybe a little less on the teaching and getting through things, but hopefully a little more on the rest, recovery, and energy restoration.

“So, good with the bad. Players like that last part.” 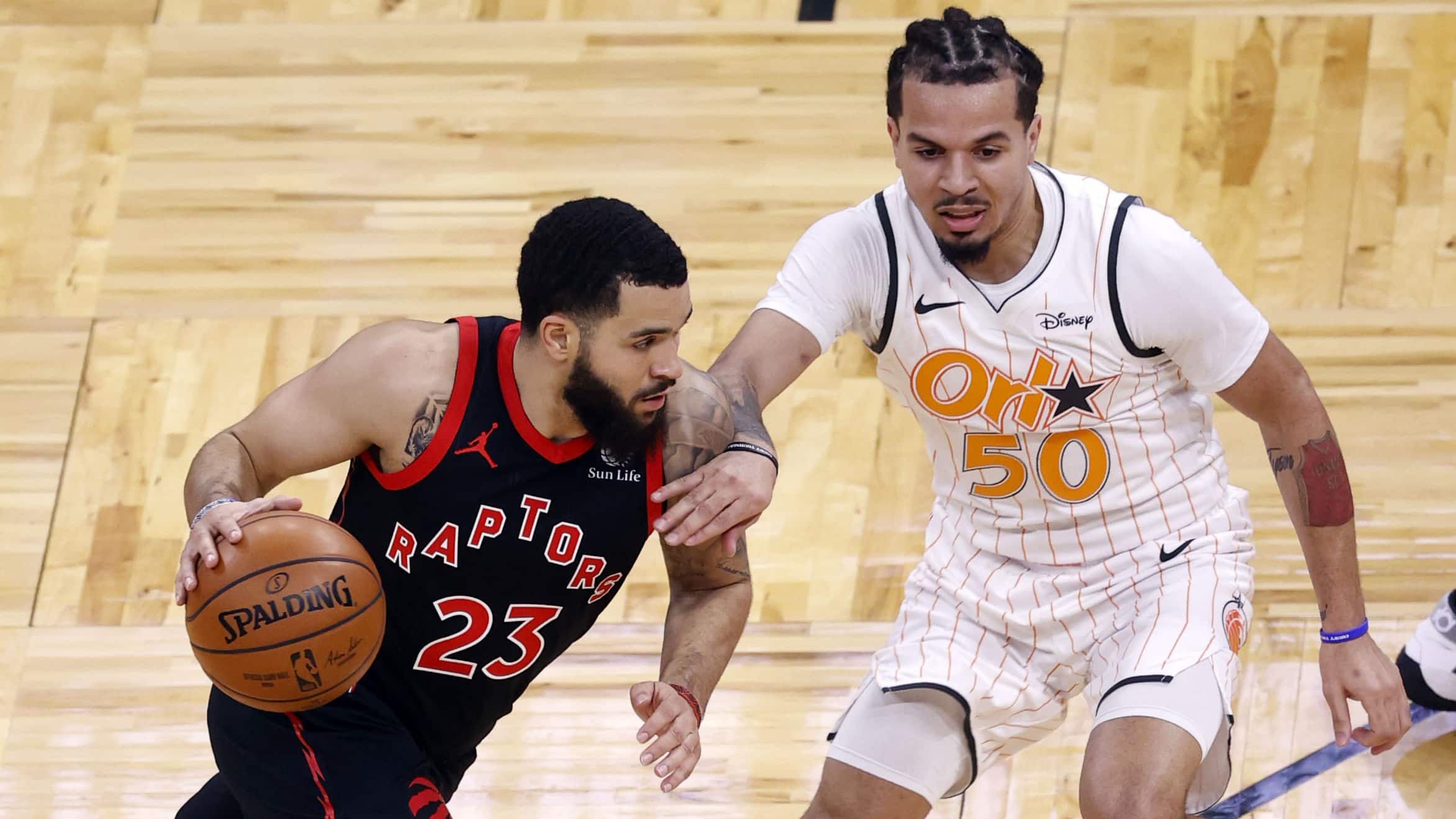 Fred VanVleet scored a franchise-record 54 points as the Toronto Raptors beat the Orlando Magic 123-108. The Raptors’ previous single-game scoring record was 52 points, set by DeMar DeRozan against Milwaukee on Jan. 1, 2018. 2:07

GM Ainge on Celtics' struggles: 'They don't play hard all the...