Kevin Durant of the Brooklyn Nets was pulled from Friday night’s 123-117 loss to the Toronto Raptors due to the league’s health and safety protocols, the team says.

The bizarre game saw Nets star enter the game late due to COVID-19 contact tracing, then ushered out of the game in the third quarter due to health protocols — his 19 minutes on the floor raising huge questions about potential exposure.

Durant came off the bench at the 4:13 mark of the first quarter after he was permitted to play. But an abrupt reversal from the league forced him to exit. It was the first time in his 867-game NBA career he’s entered as a reserve.

The exact reason he was pulled was not immediately clear.

During a game between the Raptors and Nets, Brooklyn’s Kevin Durant is removed due to health and safety protocols. 0:19

James Harden wondered why the game wasn’t postponed, since Durant had been around the players beforehand.

“They just said contract tracing and I’m thinking to myself, `Well, if it’s contact tracing, then we’re all in the locker room together. That means there’s no game if he’s not going to be able to play,”‘ Harden said.

Pascal Siakam led Toronto past Brooklyn with a season-high 33 points plus 11 rebounds, while Kyle Lowry added 30 points. Norman Powell added 18 points, and Chris Boucher chipped in with 17 in the Raptors’ (10-12) third consecutive victory.

Harris topped the Nets (14-10) with 19 points, while Harden had 17, and Kyrie Irving and Jeff Green finished with 15 apiece.

Steve Nash admitted the Durant uncertainty was a distraction.

“I probably didn’t handle it great, just trying to juggle all those balls and different information, what does it mean,” said the Nets’ rookie head coach. “I probably got a little distracted about thinking what it means long-term for our team.”

Nash said he doesn’t believe Durant will travel with the team to Philadelphia.

The Raptors pounced on the Nets’ lacklustre defence, leaving from the opening whistle and building a 17-point advantage by early in the second quarter.

Durant’s return helped the Nets bounce back. Their first lead of the night came on a Harris three-pointer a couple of minutes into the third quarter. The Raptors clutched a 92-90 lead to start the fourth. 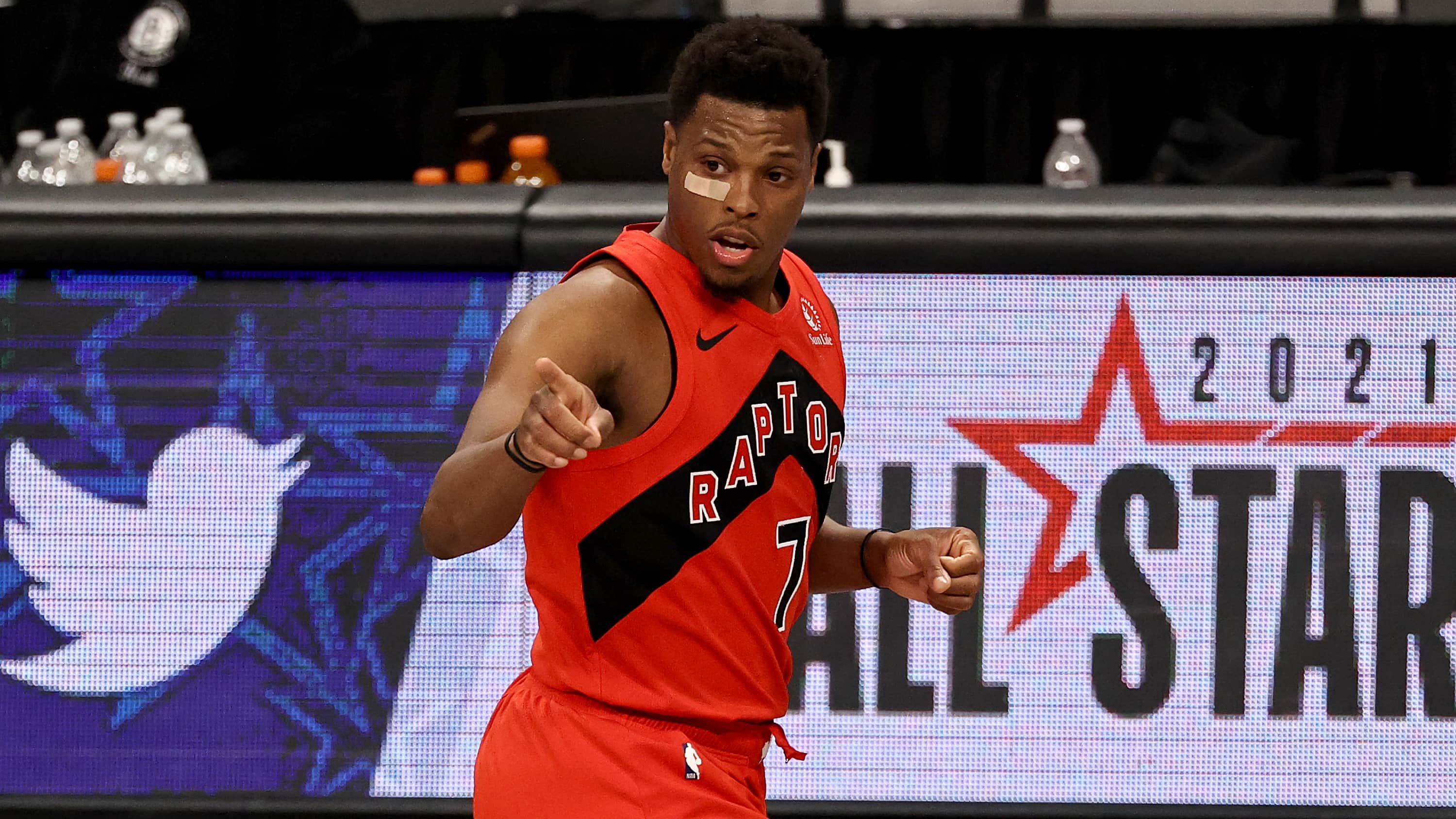 The Nets went ahead by four points in a tight fourth quarter before back-to-back three-pointers from Lowry had the Raptors up by four points with 3:11 to play. Two nights after scoring a franchise-high 54 points, Fred VanVleet’s first made three on Friday came with 1:46 to play and put Toronto up by six points.

Siakam connected on a layup on Toronto’s next possession, and it was all but game over.

“He played well,” Nurse said of Siakam. “I thought he really showed some good composure and patience and got to some spots, made some good reads when he needed to, and then he finally got a few bounces.”

Durant finished with eight points and was playing the Raptors for the first time since rupturing his Achilles tendon in Game 5 of the 2019 NBA finals. He had scored at least 20 points in all of his 17 games thus far, the longest streak to begin a season in his career.

NBA spokesperson Tim Frank said in a statement that Durant had tested negative three times in the last 24 hours, including two negative PCR tests Friday. He said someone Durant interacted with in the afternoon had an inconclusive test result return shortly before the game.

“Under the league’s health and safety protocols, we do not require a player to be quarantined until a close contact has a confirmed positive test,” Frank said. “During the game, a positive result was returned for the person Durant interacted with. … Once that test was confirmed positive, out of an abundance of caution, Durant was removed from the game.”

Frank said contact tracing is underway to determine if Durant was in close contact of the individual who tested positive.

The small forward, who missed three games in January due to the league’s health and safety protocols, was among four Nets players to test positive for the coronavirus last March.

Durant had posted “FREE ME” on his Twitter page before the game was over.

“It’s just the situation we all have to deal with right now, right?” Lowry said. “We don’t know this, that, and the other. And I’m sure [Durant] was doing everything to stay as safe as possible. But, we couldn’t necessarily worry about that stuff. Hopefully nothin’ is nothin’, and we just move forward.”

COVID-19 has been a hot-button topic in the league this week with the news an all-star game will be held in Atlanta.

“That’s the biggest thing right now, is safety. We all want to do our jobs, and we all want to provide for our families, and also have people working back in the arenas and doing their jobs, security people, and concession stands,” said Lowry, sporting a bandage under his right eye after taking an elbow from Timothe Luwawu-Cabarrot. “[But] every day, there’s a new rule, or a new something that we can’t control. All we can do right now is continue to try to be as careful as possible . . . just continue to be adaptable and be adjustable.”

The Raptors got off to a hot start, putting 11 points on the Nets on a VanVleet finger roll late in the first quarter. The Raptors capitalized on Brooklyn’s sloppiness — Toronto scored 11 points off Nets turnovers — and led 34-23 to start the second.

DeAndre Bembry put a punctuation mark on a Raptors 7-0 run that had Toronto up by 17 points early in the second. But the Nets found their form and sliced the Raptors’ advantage to 67-63 at halftime.

The Raptors continue their six-game road trip on Saturday at Atlanta.

The Nets were cleared to travel to Philadelphia for their game scheduled for Saturday, but Durant wouldn’t accompany them while the team awaited word on contract tracing.

Gstaad: Where Federer Has Collected More Than Trophies