Having won pretty much all there is to win in her soccer career, United States striker Alex Morgan has transcended the sport she rules and entered popular culture by having a Barbie doll made in her image.

The Toe Poke Daily is here every day to bring you all the weirdest stories, quirkiest viral content and most magnificent merch that the internet has to offer, all in one place.

Jump to: Adidas’ new boot will have Salah and Son ghosting defenders

The USWNT star’s new likeness, which was released late last month, is the latest addition to the “Role Models” range, intended to highlight inspirational women across a wide variety of industries.

So excited to finally announce that I have my own @Barbie! Collaborating in every step to create the Alex Morgan Barbie doll as part of the Role Model Collection was very important to me. I’m so proud to finally share my doll with you all. https://t.co/cJjl8ZM9vi pic.twitter.com/zd00lR3irG

“I was obviously so excited. It’s such an iconic brand, it’s something that every kid plays with,” Morgan, 31, told People.

“I feel like I worked really hard in helping design this and making it as real as possible. I tried to make it exactly as I would be on the soccer field, and I feel like they completely nailed it.”

– Stream “Alex Morgan: The Equalizer” on ESPN+ (U.S. only)
– Don’t have ESPN? Get instant access

Morgan’s doll, designed by Carlyle Nuera, comes bundled complete with a red, white and blue kit, a football, removable boots and her trademark pink headband. Nuera revealed that she knew of Morgan as much for the USWNT co-captain’s fight for equal pay for women soccer players as for her success on the field.

The Orlando Pride forward and her husband, former MLS player Servando Carrasco, had their first child earlier this year, and Nuera said she hoped that through the doll “Alex’s daughter can see how cool and inspirational her mom is.”

Morgan isn’t the first football star to be immortalised in doll form, though very few have been quite so complimentary in terms of likeness.

Sockers offered the chance for Barcelona fans to faithfully recreate Lionel Messi’s iconic “shirt aloft” goal celebration from the 2017 Clasico by fitting their doll with a removable jersey.

Back in 2013, PSG launched a full range of plush dolls via their online store. Edinson Cavani, Ezequiel Lavezzi, Lucas Moura and Thiago Silva were all on offer. But, frankly, why would you opt for anything other than owning your own personal, pint-sized Ibra?

EEKEEZ produce a variety of little wooden tiki-style figurines bearing the faces of assorted MLS stars, with LAFC and Mexico striker Carlos Vela among those on offer.

Adidas’ new boot will have Salah and Son ghosting defenders 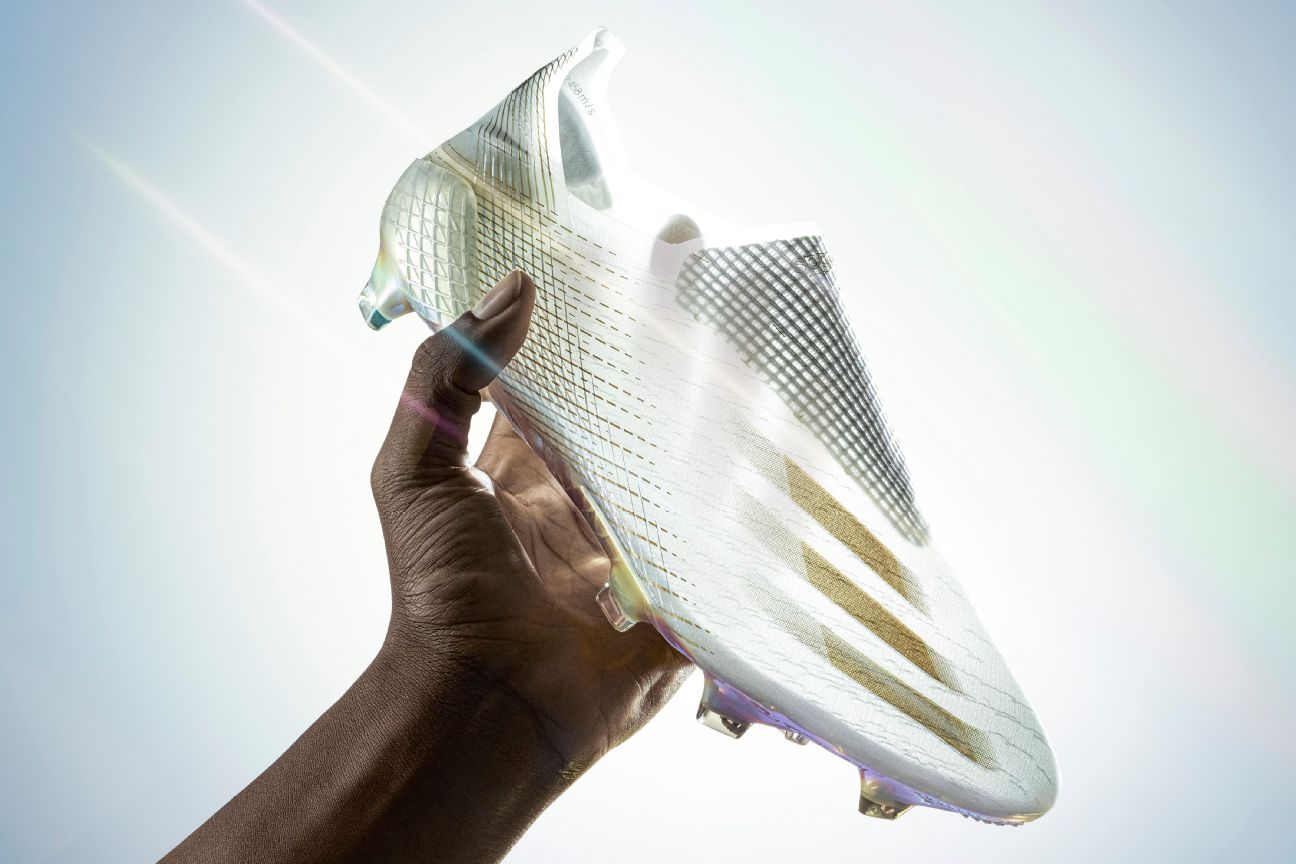 When European competition returns this week with the resumption of the Champions League and Europa League, there will be some Adidas athletes with brand new boots to show off.

The German sportwear giants introduced the X Ghosted on Wednesday, which will be worn by the likes of Manchester City striker Gabriel Jesus and Arsenal forward Vivianne Miedema as they bid for European glory this month, and by Liverpool’s Mohamed Salah and Tottenham Hotspur’s Son Heung-Min next season.

Adidas’ designers took inspiration from track spikes, which yielded a toe spring that allows for on-demand lineal bursts. The manufacturer also touts its Vacuum Fit Experience, which allows players to feel the air sucked rapidly out of the boot when worn, creating an ultra-snug fit formed by the contours of the foot.

But the real showpiece of the X Ghosted is its Translucent Mirageskin upper. This ultra-light material is layered over a wire framework to create a seamless upper that works in conjunction with the Vacuum Fit Experience to provide stability and support.

While the tech does sound impressive, it’s the aesthetics that really grab the headlines. Adidas says that the translucent material is a visual representation of what players will feel when they put on the boots — which is to say, you’d hardly know they’re there. And the trademark Three Stripes on the X Ghosted have been inspired by the wings of a peregrine falcon — the fastest creature on earth.

As if the likes of Salah and Son needed any help ghosting defenders. — Austin Lindberg

‘I take full responsibility for my actions’ – Tottenham and France captain Hugo Lloris...

Boone on sliding Yanks: 'We need to step it up'

Why Chelsea aren't giving up on Lampard yet