Los Angeles Chargers coach Anthony Lynn said earlier this month that veteran quarterback Tyrod Taylor was “in the driver’s seat” to replace longtime signal-caller Philip Rivers, who departed in free agency. How long Taylor will maintain that seat remains anyone’s guess, though, as the Chargers prepare for the NFL draft, where they own the No. 6 overall selection and are widely anticipated to select a future franchise quarterback.

The opportunity to select a quarterback in the first round gives Chargers general manager Tom Telesco, who has been on the job since 2013, a chance to set the organization’s course for years to come as they continue to establish their footing in L.A. since relocating from San Diego three years ago. 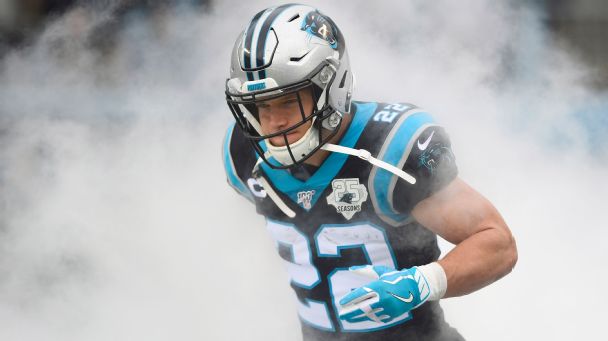 Over the past 22 years, the Chargers have selected two quarterbacks in the first round.

In 1998, the Bolts selected Ryan Leaf with the No. 2 overall pick. Leaf played three seasons, and he has long been atop the conversation regarding the biggest busts in NFL draft history.

In 2004, the Chargers once again used a first-round pick on a quarterback, selecting Eli Manning No. 1 overall. However, the Bolts quickly traded the future Super Bowl winner to the New York Giants in exchange for Rivers, who the Giants selected with the No. 4 overall pick. Rivers played 16 seasons for the Chargers and was an eight-time Pro Bowl selection, but he never won an AFC championship.

In his latest mock draft, ESPN’s Mel Kiper projected the Chargers will select Alabama quarterback Tua Tagovailoa with the No. 6 overall pick.

Tagovailoa, who led Alabama to a come-from-behind victory in the College Football Playoff National Championship game as a freshman in 2017, has star power that could help spark a fledgling Chargers fan base in L.A. as the Bolts prepare for their inaugural season at SoFi Stadium.

In 32 games at Alabama, Tagovailoa passed for 7,442 yards and 87 touchdowns, with 11 interceptions and a 69.3% completion rate. Tagovailoa’s senior season was cut short after nine games when he suffered a hip injury that required surgery in November.

The 6-foot, 217-pound Tagovailoa told ESPN earlier this month that he was “100 percent right now” and that he was “ready to go.” He has since participated in a one-hour private workout that was filmed and distributed by his representatives throughout the NFL.

With the Chargers, Tagovailoa would have the opportunity to step into an offense that is otherwise prepared for immediate success.

The Chargers have bolstered their offensive line over the offseason, trading for right guard Trai Turner and signing right tackle Bryan Bulaga in free agency.

Federico Coria Ready For The Spotlight, Whether He Likes It Or Not

Fan Essay: The One That Got Away