There are a lot of good things to be said about Michael Johnson. When it comes to fighting, the best thing may be that he’s stubborn.

He doesn’t deny it, either.

“Yeah, you’re pretty accurate,” laughs “The Menace,” who makes his second start at featherweight this Saturday against Andre Fili.

In his first visit to 145 pounds in January, Johnson had a good first round against Darren Elkins, but in the second, Elkins made his customary comeback, winning by submission at 2:22 of the frame.

For anyone else who holds lightweight wins over half of the top six (Tony Ferguson, Dustin Poirier and Edson Barboza), it would be the perfect signal to put 10 pounds back on and get back to battling 155-pounders.

But Johnson is stubborn. So he’s not leaving. Yet.

“I can’t come down to a new division and go out the way I did and just run back to my old division,” he said. “I’m not letting it go that easy.” 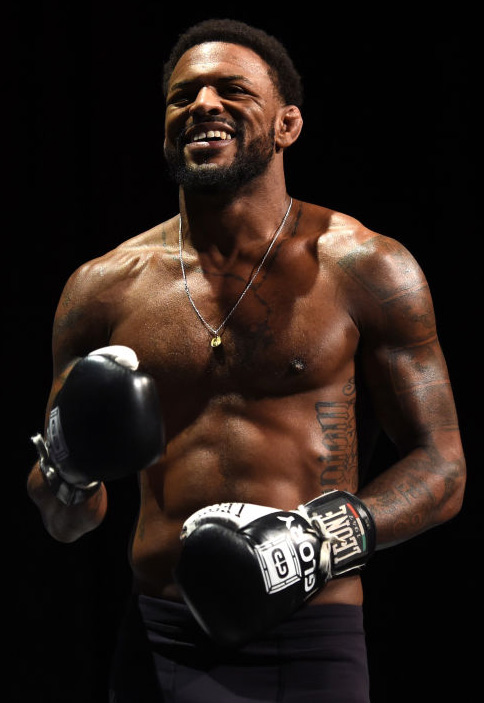 So here he is, looking to snap a three-fight losing streak against the surging Fili. Any way you slice it, there’s a lot on the line for the Missouri native.

“Every fight is a must-win situation, but at the end of the day I’m gonna give it a hundred and ten percent because this is,” Johnson said. “I’m at three fights in a row and my back’s against the wall. Regardless of if I’m one of the more exciting fighters in both divisions and I always come to fight, you have to hold up. You have to win, you have to be there and you have to put up the numbers. It’s a business. If I’m not putting up the numbers, I’m expendable, and I can’t be that way. So I have to go in there and show these people that I’m not going anywhere. I’m here to stay and I’m back on track.”

A lot of the confidence Johnson brings into Nebraska this weekend comes from a change in mindset or, more accurately, a return to the approach that got him here in the first place.

“You have to enjoy this, you have to love it,” he said. “Early in my career, I loved it. It was tremendous, everything was good, I was winning. Then things got a little tough. You get bored in life and things aren’t going the way you want and it becomes repetitive, and it starts getting a little hard on you mentally and you start losing focus. I think that’s where me losing focus in my last few fights happened. So I’ve really been focused on getting back to the process of enjoying it and loving it and having fun and getting better and not taking it so serious as ‘Oh, I need to win this fight and then I’m gonna talk s**t and get on the mic and go after this title and try to be like this guy and get all the money.’ No, I’m getting back to enjoying it and having fun and then all the good things will come like I planned.”

The lost focus is clear if you look at his three defeats to Khabib Nurmagomedov, Justin Gaethje and Elkins. He had moments of success on the feet against the current lightweight champ, he went to war and nearly stopped Gaethje, and his first round against Elkins was a good start before things went south. But the 32-year-old is well aware that it’s not how you start, it’s how you finish, and he’s determined to do just that on Saturday.

So if the most stubborn man in South Florida gets the win he’s looking for, will he stay at featherweight? He admits that the first cut to 145 wasn’t difficult, so that’s not an issue. But taking advantage of the body of work he built at 155 pounds is enticing.

“That’s been on my mind, but right now I’m focused on Andre Fili,” Johnson said. “And then maybe I’ll come back up to ’55 to remind these guys that, hey, I’m not too far away from what I just did to you guys in our last fight.

“I just need to get back to my winning habits and beat a tough opponent like Fili,” he continues. “Then I can go back and sit with my coaches and my team and discuss our next step. My original plan, like always, was to be a two-time champion and hold titles in both divisions. It’s just about me staying focused. Life’s a rollercoaster. But I’m on the ride and I’ll hit my peak again.”

A new era begins for Kyrie, KD and the ousted Brooklyn Nets